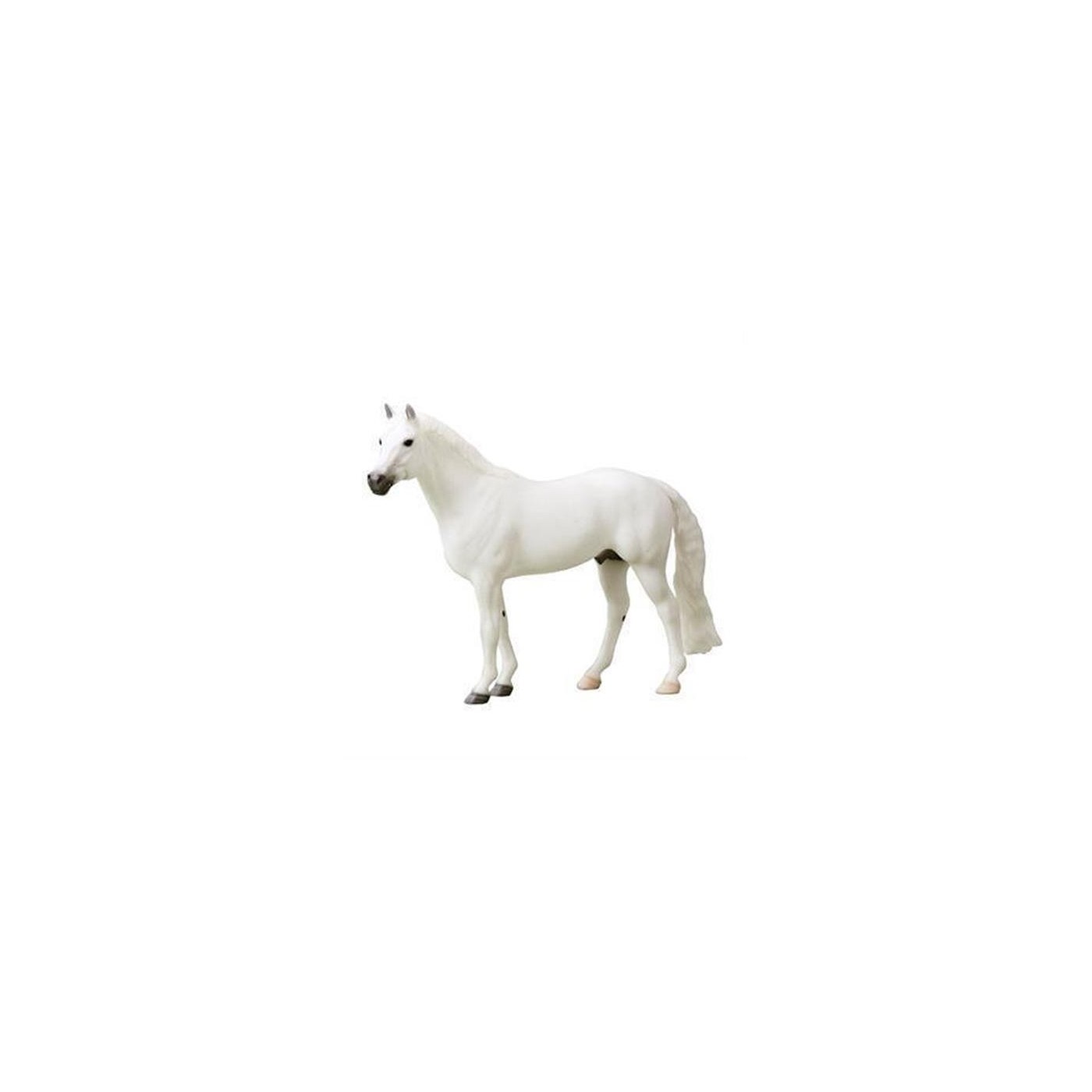 The horse with the ultimate rags-to-riches story!  In 1956, riding instructor Harry de Leyer went shopping for potential school horses in Pennsylvania.  Purchased by de Leyer for $80 as he was being loaded into a van bound for the slaughterhouse, the 7-year-old gelding became a hit with his children, who dubbed him Snowman.  Showman was sold, but he kept jumping fences and returning to de Leyer's farm.  Recognizing his talent, de Leyer began training him for the show ring.  Soon, Snowman was beating the country's best jumpers everywhere he went!  Snowman also appeared on television shows!  He was the subject of two books, had his own fan club, and was flown abroad for guest appearances.  Inducted into the Show Jumping Hall of Fame in 1992, Snowman has been made into a Breyer Horse Model to forever be remembered as a Champion!