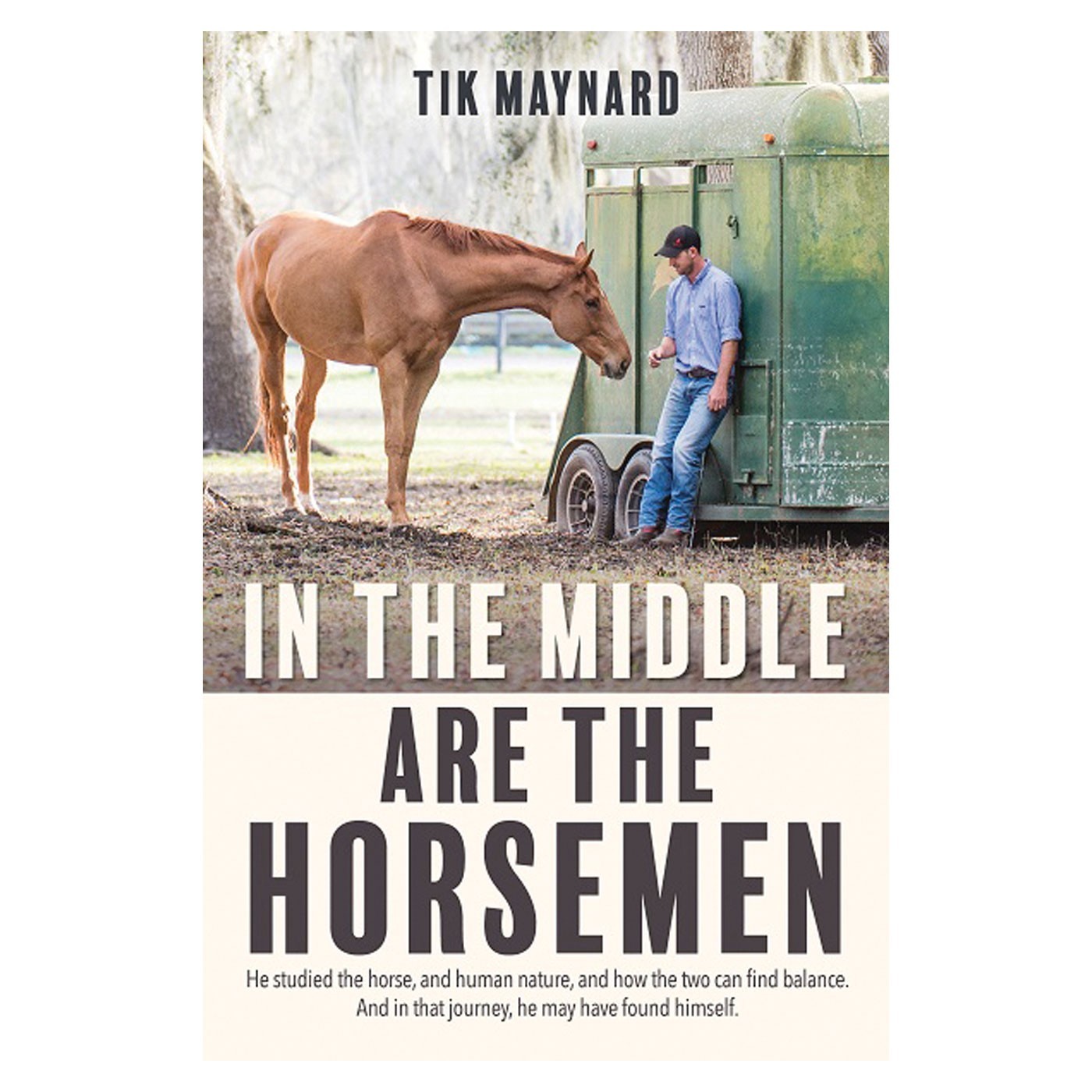 In the Middle Are the Horsemen

In 2008, 26–year–old Tik Maynard faced a crossroads not unlike that of other young adults. A university graduate and modern pentathlete, he suffered both a career–ending injury and a painful breakup, leaving him suddenly adrift. The son of prominent Canadian equestrians, Maynard decided to spend the next year as a “working student.” In the horse industry, working students aspire to become professional riders or trainers, and willingly trade labor for hands–on education.

Over time, Maynard evolved under the critical eyes of Olympians, medal winners, and world–renowned figures in the horse world, including Anne Kursinski, Johann Hinnemann, Ingrid Klimke, David and Karen O’Connor, Bruce Logan, and Ian Millar. He was ignored, degraded, encouraged, and praised. He was hired and fired, told he had the “wrong body type to ride” and that he had found his “destiny.” He got married and lost loved ones. Through it all he studied the horse, and human nature, and how the two can find balance. And in that journey, he may have found himself.